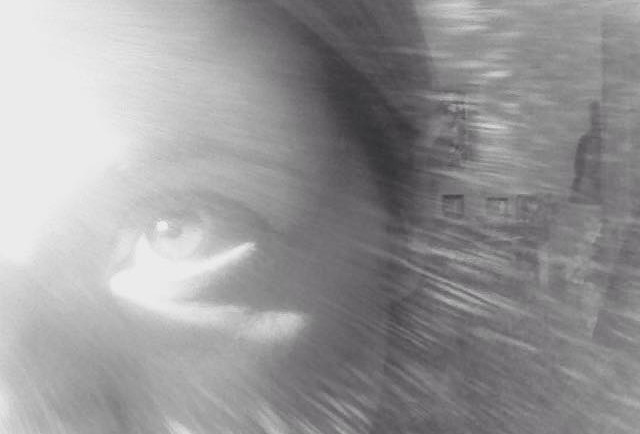 I’m not so sure about the start.
It seems to me that it has always been there, maybe weaker at the beginning, but ever increasing. And, at one point, here it was, hitting me like a hammer.
No reflection. No reflection at all.
Not in the windows of the shops, or in the subway. Not in the mirror that hung on the basin in the bathroom. Not in my pocket mirror. Not even in the eyes of those talking to me, even if I stared hard to see.
People always seemed to think that I was listening hard, while I was searching for a sign of my presence.
But no matter my efforts. There was never an anguished stare matching mine.
Because that was what I felt. Anguish.
I was afraid that I could disappear entirely, vanish in thin air.
Would people miss me?
I don’t know.
Maybe. Maybe not. Maybe it would be like if I’ve never existed.
And since the feeling was so strong, I had to reassure me every moment that I was still here.
Rough fabrics on my skin. Compulsive gestures, like touching my hair, rubbing my face and hands. And hugging other people. I felt the urge of a reassuring touch, of the cuddling warmth of their arms, the heat radiating from someone else. They made me real, they traced my borders and made them stable.
I wasn’t sure how long would that last, though. So, it was not enough. It never was.
I always felt frail and brittle. Every wisp of wind would be my doom.
It got worse with my ex boyfriend. He felt oppressed by my behavior, by my need of constant reassurance. I wasn’t able to explain myself, too much afraid that my invisibility in the mirror, if I tried to speak about it, would only lead me to a straightjacket. So, I did not express, and he was frustrated. It didn’t take so much before he left me. Another hard blow, but not as hard as my fading identity.
Some common friends gave me a harder news, though. It seems that he destroyed all our pictures together, after he left me, and they referred me that he justified that act saying that the pictures were discolouring altogether. I never had the courage to ask, but I’m afraid I know the answer: it wasn’t all the picture fading, but just the points in which my features were printed. Only me fading.
I had to keep on pretending. Pretend to see myself in the mirror, checking an unexisting reflection before getting out home, pretend to put on lipstick and mascara, pretend to style my hair in other ways. Hard, even harder if you think that I couldn’t let any mistake pass, or my frailty would be discovered.
Sometimes I ask some friends to take me a picture, and then stare at it while still on the camera, just to check.
Once, I started seeing the wall behind me, just in a couple of points, where my arm and leg should have been.
I cancelled the picture at once. Now I am afraid. I don’t let anyone take any pictures at me.
Looks like nothing can hold me here.

View all articles by La Redazione